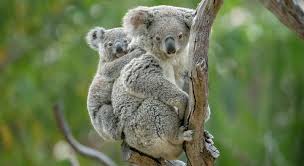 The koala is a small bear-like, tree-dwelling, herbivorous marsupial which averages about 9kg (20lb) in weight. Its fur is thick and usually ash grey with a tinge of brown in places.

Koalas live in eastern Australia, where the eucalyptus trees they love are most plentiful. During the day they doze, tucked into forks or nooks in the trees, sleeping for up to 18 hours.

When not asleep a koala feeds on eucalyptus leaves, especially at night. Koalas do not drink much water and they get most of their moisture from these leaves. Each animal eats a tremendous amount for its size—about two and a half pounds of leaves a day. Koalas even store snacks of leaves in pouches in their cheeks.

Koalas are native to Australia.

Koalas are not bears – they’re marsupials!

Koala fossils found in Australia have been dated as long ago as 20 million years.

The brain size of modern koalas has reduced substantially from their ancestors, possibly as an adaptation to the low energy they get from their diets.

The closest living relative of the koala is the wombat.

Koalas have sharp claws which help them climb trees.

Koalas have similar fingerprints to humans.

Koalas have large noses that are coloured pink or black.

Joeys live in their mother’s pouch for around six months and remain with them for another six months or so afterwards.

Koalas eat eucalypt leaves and almost nothing else.
Koalas can eat up to a kilogram a day!
However, they can be quite picky eaters, eating less than 50 of over 700 eucalypt species.

Koalas can sleep up to 18 hours a day 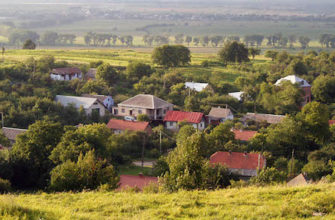 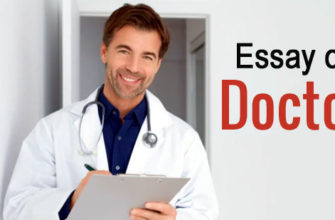 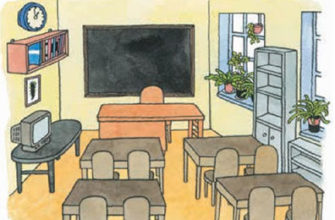