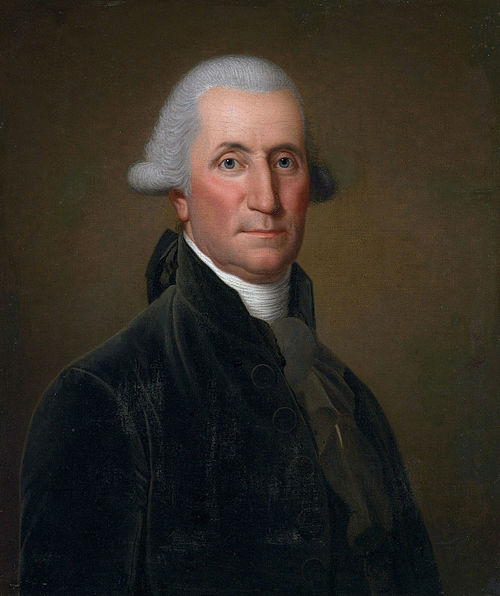 George Washington was born on February 22, 1732 in Westmoreland County, Virginia, although he grew up near Fredericksburg. In his childhood and adolescence, he studied math and surveying. When he was 16, he went to live with his brother Lawrence in Mount Vernon.

George was scarred with Smallpox before the age of 20, but inherited his brother’s land (including Mt. Vernon) when he died in 1752.

Washington’s military career began in 1753, when he was sent into Ohio country during the French and Indian War to protect British interests in the area. In 1754, he battled the French and was forced to surrender Fort Necessity (near present-day Pittsburgh, Pennsylvania). He continued as an officer in Ohio country, and served under the British general Edward Braddock when their army was ambushed by the French in 1755. Once again, Washington tasted defeat after their surrender of Fort Duquesne to French forces. Luckily for the future United States, the French agreed to release him rather than keep him as a prisoner. He helped take Fort Duquesne back in 1758.

Washington was married to Martha Custis in 1759. He managed the family and estate until he took command of Virginia troops just before the American Revolution. He was made commander of the Continental Army on June 15, 1775. Washington, however, would struggle with a rag-tag army of volunteers and militia men. His armies were constantly low on supplies and food, and often times marched to battle without shoes. They were routed in a series of battles in and around New York City in 1776 and forced to retreat into Pennsylvania where he planned a strategic ambush. On Christmas night 1776, Washington and his men crossed the Delaware River and captured a band of 800-900 Hessian soldiers. Hessians were fearsome German mercenaries hired by the British as soldiers. The event came to be known as “Washington’s Crossing” and was successful in raising the morale of the entire army. The dramatic ambush would be called The Battle of Trenton.

Washington proved himself an excellent leader, and won several other decisive battles during the Revolution. In 1781, he helped to formulate the plan that eventually resulted in the defeat of the British army at Yorktown, Virginia and the British surrender. As an advocate of a federal government, Washington became chairman of the Constitutional Convention and helped in getting the Constitution ratified. In 1789, he was inaugurated as America’s first president after refusing to be coronated as king.

Washington was re-elected for a second term in 1792, but refused a third term. On December 14, 1799, seventeen days before the new century, Washington died of acute laryngitis or epiglottitis. Today, George Washington is probably the most honored individual in American history.