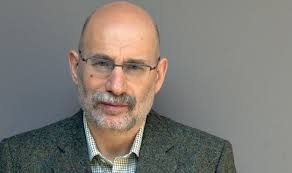 Boris Akunin — a Russian writer of Georgian and Jewish origin. He is best known as writer of detective and historical fiction.

Chkhartishvili was born in Zestaponi to a Georgian father and a Jewish mother and since 1958 has lived in Moscow. Influenced by Japanese Kabuki theatre, he joined the historical-philological branch of the Institute of Asian and African Countries of Moscow State University as an expert on Japan. He worked as assistant to the editor-in-chief of the magazine Foreign Literature, but left in October 2000 to pursue a career as a fiction writer.

Under his given name of Grigory Chkhartishvili, he serves as editor-in-chief of the 20-volume Anthology of Japanese Literature, chairman of the board of a large «Pushkin Library » (Soros Fund), and is the author of the book The Writer and Suicide (Moscow, The New Literary Review, 1999). He has also contributed literary criticism and translations from Japanese, American and English literature under his own name. He is left handed, and has been known to smoke a pipe.

Under the pseudonym Boris Akunin, he has written many works of fiction, mainly novels and stories in the series The Adventures of Erast Fandorin, The Adventures of Sister Pelagia, The Adventures of the Master (following Nicholas Fandorin, Erast’s grandson), all published in Russia by Zakharov Books, and the Roman-Kino («Novel-Film») series set during World War I. Akunin’s specialty is historical mysteries set in Imperial Russia. It was only after the first books of the Fandorin series were published to critical acclaim that the identity of B. Akunin (i.e., Chkhartishvili) was revealed.