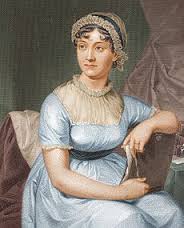 Jane Austen was an English novelist whose books, set among the English middle and upper classes, are notable for their wit, social observation and insights into the lives of early 19th century women.

Jane Austen was born on 16 December 1775 in the village of Steventon in Hampshire. She was one of eight children of a clergyman and grew up in a close-knit family. She began to write as a teenager. In 1801 the family moved to Bath. After the death of Jane’s father in 1805 Jane, her sister Cassandra and their mother moved several times eventually settling in Chawton, near Steventon.

Jane’s brother Henry helped her negotiate with a publisher and her first novel, ‘Sense and Sensibility’, appeared in 1811. Her next novel ‘Pride and Prejudice’, which she described as her «own darling child» received highly favourable reviews. ‘Mansfield Park’ was published in 1814, then ‘Emma’ in 1816. ‘Emma’ was dedicated to the prince regent, an admirer of her work. All of Jane Austen’s novels were published anonymously.

In 1816, Jane began to suffer from ill-health, probably due to Addison’s disease. She travelled to Winchester to receive treatment, and died there on 18 July 1817. Two more novels, ‘Persuasion’ and ‘Northanger Abbey’ were published posthumously and a final novel was left incomplete.