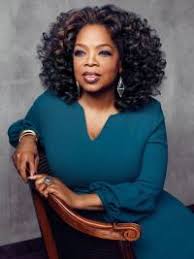 Oprah Winfrey was born on January 29, 1954, in Kosciusko, Miss., to Vernita Lee, a housekeeper, and Vernon Winfrey, a soldier. She was born Orpah Gail Winfrey, but mispronunciations and misspellings eventually won out and Orpah became Oprah.

Oprah spent her childhood struggling with a strange dichotomy: academic achievement and a dysfunctional home life. She lived with her grandmother until she was six, and, in that time, learned to read.

She then moved to Milwaukee with her mother. The two lived together in poverty. Her mother was less supportive of her growing intelligence, and she endured physical abuse by relatives. In the midst of it all, she skipped two grades and was awarded a scholarship at age 13.

Soon after, her mother shipped Oprah off to her father in Nashville. Vernon made education a priority and pushed Oprah to succeed. She became an honors student, won a full scholarship to Tennessee State University, and was crowned Miss Black Tennessee by age 18.

As soon as she became a student at Tennessee State, Oprah dove into broadcast media, working at a nearby Nashville radio station. She soon moved on to television, becoming the youngest news anchor and first African American anchor at Nashville’s WTVF.

Oprah’s first stint as a talk show host came after a move to Baltimore, Md., where she joined the news team at WJZ. She was quickly tapped to co-host the local show «People Are Talking.» This was her first step to much, much, much larger things.

Oprah’s next career step took her from the shores of the Atlantic to the shores of Lake Michigan. She landed in Chicago, at WLS, taking over the low-rated morning show «AM Chicago.» Her style, personality, and ability to talk to people about real issues sent the little last-place show into first place in less than 12 months.

In a little over two years—between its debut in January 1984 and September 1986—Oprah lead the program into national syndication, easily overtaking top-rated «Donahue.»

After entering syndication in 1986, Oprah’s show quickly became No. 1 in a profession traditionally dominated by white males. She eschewed the «trash TV» format for a kinder, gentler, and truly more informative style in the mid-90s, essentially signaling an end to the fad. Later, she co-founded the successful cable station Oxygen as well as OWN, the Oprah Winfrey Network.

Oprah is a producer, publisher, book critic, actress, and international celebrity. She is, perhaps, a living media brand — one that seems to turn to gold whatever it is she deems worthy to touch. It’s hard to imagine that her career could grow much larger than it is. But with fans petitioning to nominate her for a Nobel Peace Prize and presidential candidate, well, the sky’s the limit.

On top of it all, Oprah remains a down-to-earth and easy to talk to woman. And, truly, that’s what has made her a success.