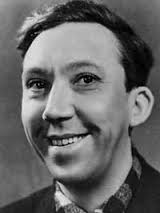 He was born Yuri Vladimirovich Nikulin on December 18, 1921, in the town of Demidov, Smolensk province, Central Russia. His father was a writer and director who worked for theater and circus. Yuri Nikulin had a dream of becoming an actor. The Second World War changed his plans as he was drafted in the Soviet Army in 1939 and served in a tank unit until 1946. After the war he came out a changed man. He could not get in any Soviet acting school for a few years, until he went to the Moscow Circus. There he was admitted after presenting a pantomime as a clown. He graduated from the Circus School in 1950, and started his acting career as a clown at the Moscow State Circus.

Nikulin’s effortless style and precise delivery, as well as his mastery of timing and his hilarious masks made him an outstanding comedian, arguably the best Russian comedian ever.

Yuri Nikulin received popular and critical acclaim for his leading and supporting roles in such films as ‘Andrei Rublev’ (1961), Oni srazhalis za rodinu(1975), ‘Stariki-razboyniki’ (1971), ‘Chuchelo’ (1983), ‘Kogda derevya byli bolshimi’ (1961), ’12 stulev’, ‘Dvadtsat dney bez voiny’ (1976), and many other memorable works in film. Nikulin’s recording of the theme song from Brilliantovaya ruka (1969), especially his delivery of such lines as «We care less» and «We are fearless» made it a popular hit in the 60s and 70s Soviet Union.

During the 1990s Nikulin hosted ‘Bely Popugai’ (aka.. White Parrot), a hilarious TV show where he gathered the crème de la crème of Russian comedians.

The Moscow State Circus on Tsvetnoi Bulevard was the main workplace for Yuri Nikulin, where he had a career spanning about 50 years. He was awarded the honorable title of the National Artist and received numerous decorations for his achievements as an actor. Yuri Nikulin died after an open heart surgery, on August 21, 1997, in Moscow